We noticed that you're using an ad-blocker.

Spectator is a registered 501(c)3 nonprofit organization. We use advertising revenue to subsidize the cost of providing journalism to the campus, and to fund over fifty students who are on our work-study program.

Please consider helping us out by whitelisting our site in three easy steps.

If you're using AdBlock Plus:

If you're using UBlock Origin:

SUBMIT A TIP | SUBMIT AN OP-ED 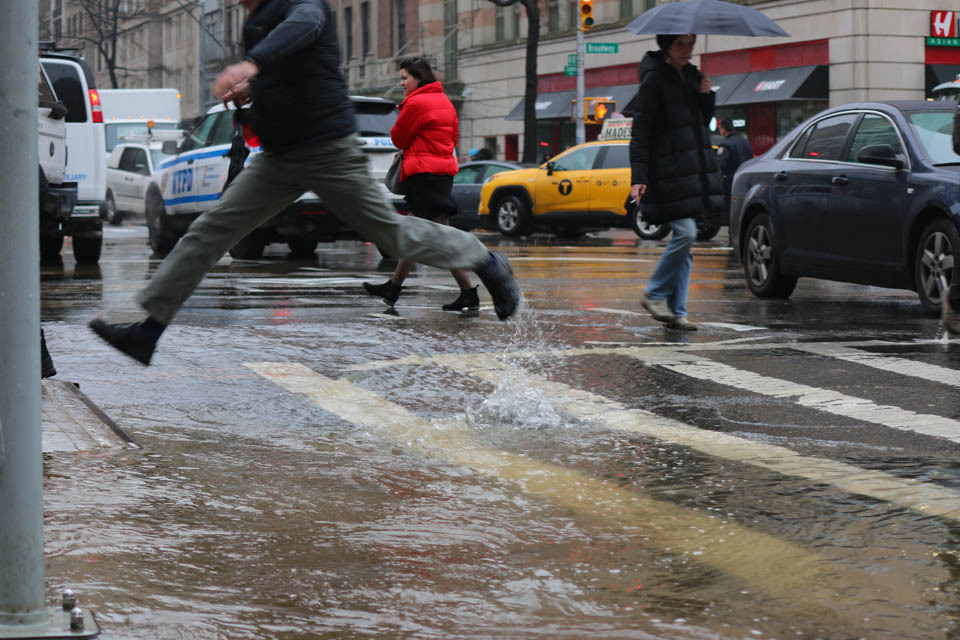 A man crosses the intersection of 110th Street and Broadway at the height of the flooding.

A water main broke along the intersection of Broadway and 110th Street, causing a surprise flood on Friday. Traffic northbound on Broadway resumed as normal and the Cathedral Parkway–110th Street station reopened by 4 p.m., according to the Columbia Emergency Operations Team.

EMOT sent out an email at around 9:45 a.m., alerting people to avoid the area. Traffic in both directions was diverted. The New York City Fire Department responded to a call at 8:30 a.m., according to an FDNY spokesperson.

The 110th Street subway station was subsequently closed, forcing riders to find alternative routes to campus in order to avoid the flooded street. Police officers also warned customers that the street was vulnerable to collapse. 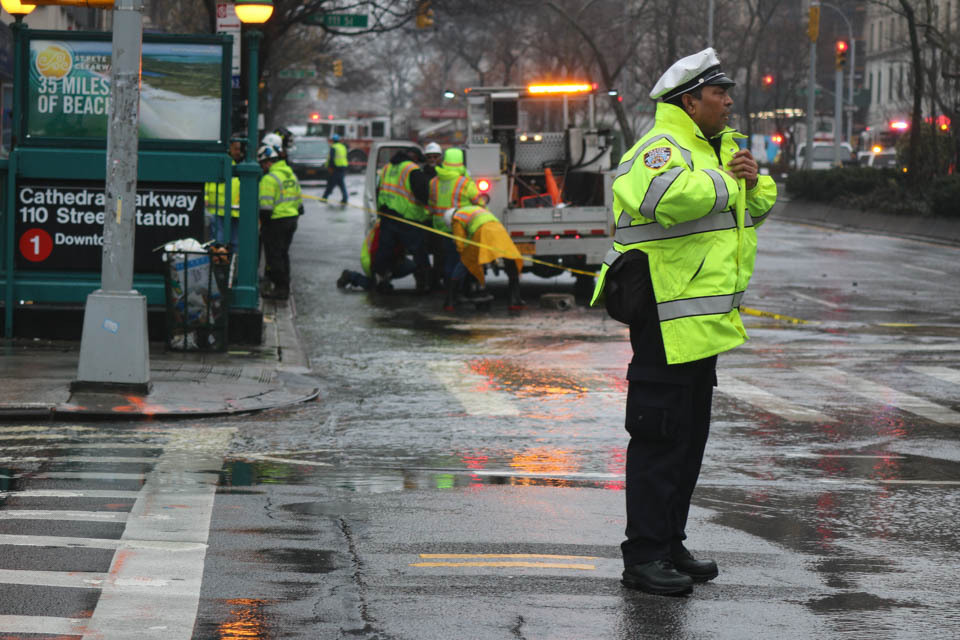 During the water break, establishments such as Chipotle and Five Guys were advised to remain closed. Five Guys manager Gerardo Perez said the establishment opened only 15 to 20 minutes later than usual.

“There were very minor impacts like small leaks, water dripping from cracks,” Perez said. “We waited to open until we were sure the water was safe.”

Businesses along the northbound side of Broadway, such as Westside Market, were not impacted.

Westside Market manager Nick Glenis said the market opened at the regular time, and he saw no impact on the business. 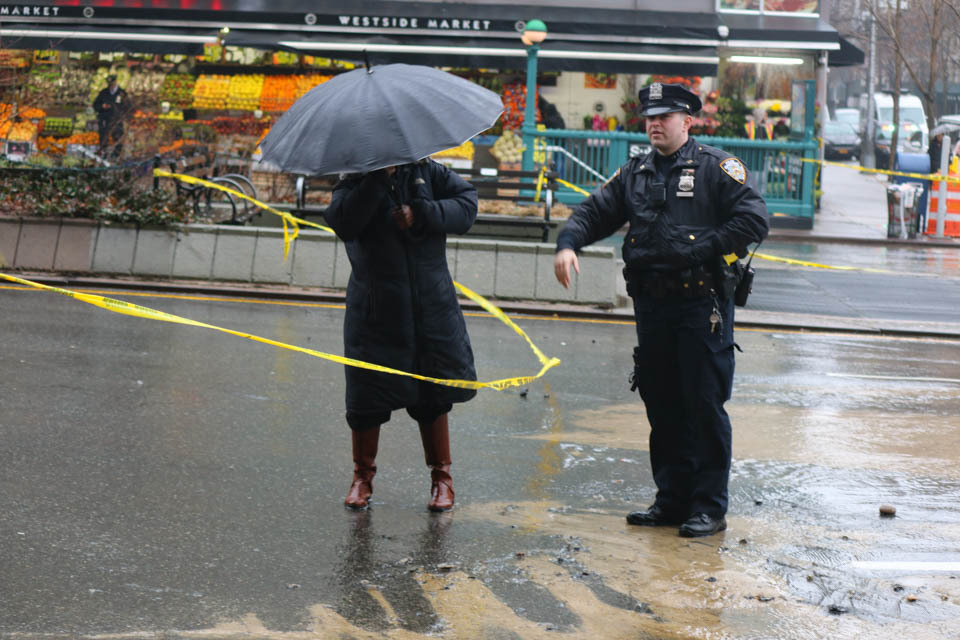 City Council member Mark Levine tweeted about his discontent that afternoon, stating that the flood was the result of the third major water main break in less than a month.

“A water main break is paralyzing the [Upper West Side] this a.m.,” he wrote. 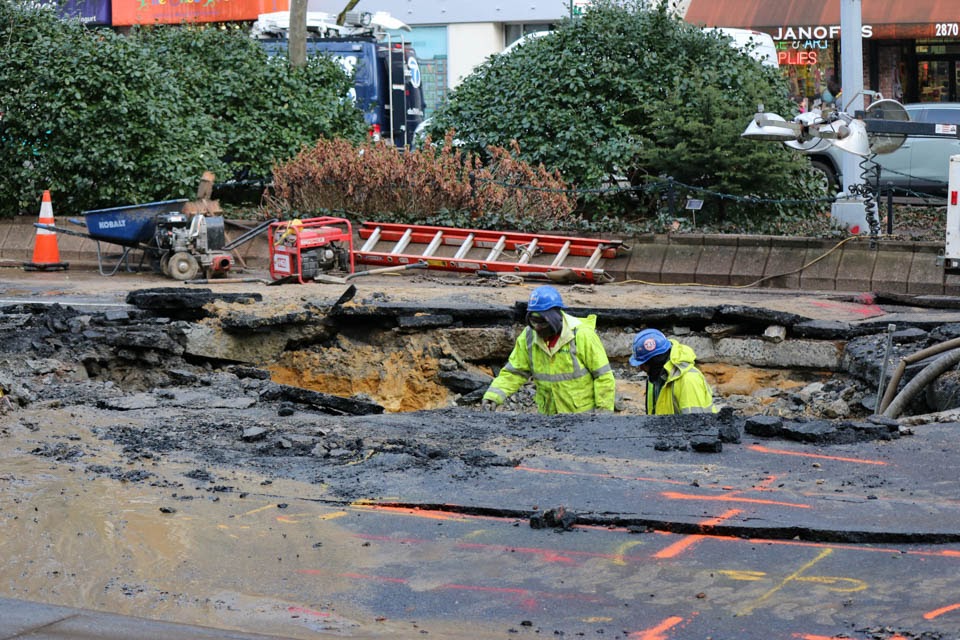 Robert Sasse, SEAS ’20, who lives in Carlton Arms, said the water in the dorm faucets were yellowish-brown in the morning, but the water break did not impact his ability to get onto campus.

“I avoided [the area] and walked on Riverside up to 115th,” Sasse said. “The street was full of water. … Even after there was a lot of debris on the road, it was really sandy and really yellow-brownish water.”

ADVERTISEMENT
From The Blog

Newsletter
Sign Up For SpecNewsletters
Get the latest news and top stories delivered to your inbox.
Related Stories
ADVERTISEMENT